Paris book includes ‘Paris Made Me Do It,’ a sexy romp, from new writer Spontak

YourNovel.com is delighted to welcome Spontak as the newest writer in our lineup with her story “Paris Made Me Do It.”  It’s a whirlwind of daring sexcapades and surrealism set in Paris during the Roaring 1920s – a time when people tried new, sizzling things. It is one of three in the book “Lover’s Paradise: Paris.” 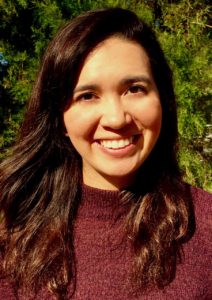 Spontak hails from Raleigh, NC, but was blessed with the opportunity to live in a new country every summer growing up. She adores traveling and as soon as she finished high school, took off for the University of San Diego 3,000 miles from home. Upon graduation, South Korea beckoned the new graduate to come teach English while seeing more of the world. Her students were and continue to be an endless source of inspiration for her stories. After two years, Spontak moved to England to attend the University of Kent, which also enabled her to live in Paris for half the term. She graduated with a MFA in Creative Writing and is now set on a course to teach screenwriting at Siliman University and Foundation University in the Philippines.

“You’re Spontak? When can I get the next chapter?” someone demanded of the neophyte writer her sophomore year at university. Ever since, Spontak has pursued story-crafting seriously and hopes to make movie magic in the near future. Her poetry has been published multiple times in several magazines, including The Menteur, Borrowed Solace and Event Horizon, and her first one-act play showcased in Paris through Four Play Theater. This marks her writing debut in the romance novel genre. 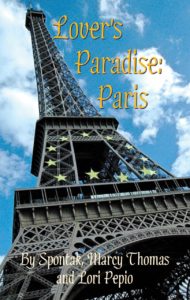 Three short stories about any couple’s romp through Paris is the next best thing to being there for Valentine’s Day.

Her story joins two others in the book:

Spontak hopes “Paris Made Me Do It” inspires couples far and wide to dare – to try new, steamy things together like people did in the Roaring ’20s.

With Valentine’s less than one month away, anyone looking for a sizzling choice for a gift for that special someone should check out “Lover’s Paradise: Paris.” Paperback and hardbacks take about one week to arrive; ebooks within 24 hours.