John Boy & Billy on The Big Show star in a Romance Novel. Say what?

John Boy began this “Big Show” interview by introducing Kathy from YourNovel.com as “My Little Love Squeegie.” She responds, “Good morning, Su-gah Lips.” Then, they were off.

Regular listeners know it’s part of the tomfoolery among these old buds as YourNovel.com has been featured on air with John Boy and Billy for several years talking about how their personalized romance adventure novels make a unique gift for everyone and their own real-life Love Squeegie.

John Boy calls it a one-of-a-kind gift for Valentine’s, adding, “there’s our picture right there on the cover.” 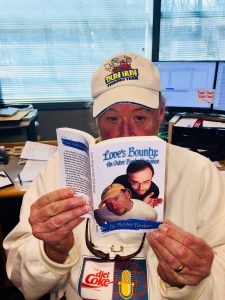 John Boy and Billy on the full cover of their personalized romance novel. 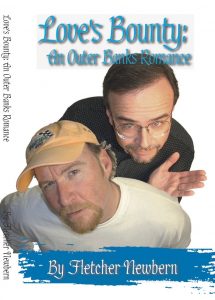 Everyone was   quickly  laughing over  John Boy and “Billamena” starring together in their own novel “Love’s Bounty: An Outer Banks Romance.”

Here’s a little snippet from a steamy hammock scene. While all books come ‘wild’ or ‘mild,’ we’ve done a bit of editing here for PG readers, but not to worry, 95% of customers go for the wild:

“Ah,” Billamena murmured as she felt her entire body loosen, all soreness and tension leave her, felt the warmth of the sun and her lover flow over her like heat from an oven. John Boy’s hand and forearm became a tingly force of energy filling her with passion.

John Boy, too, was feeling the stress float away. The recent pressure he’d been under at the other side of the mike, the drive down in the Runt Mobile, the letdown of seeing the cottage, none of that mattered now. As he lifted his right leg over hers, running it over her sun-warmed thighs, he sensed only a sudden flash up his spine that nearly sent his mind aflame. He tightly closed his eyes and rolled his head from side to side in appreciation.

Her fingers had found the buttons on his shirt and deftly began to undo them. His followed suit. When both garments were opened, Billamena and John Boy nearly flung themselves together. Both their bodies were filmed with perspiration, and it facilitated the rubbing of their chests together. “You’re hot,” he said huskily. He kissed her deeply, running his tongue in and out of her mouth….

Listen to the full interview. Order by Feb. 7 for Valentine’s or ebooks through Feb. 14, and books are available year-round: