Meet one of our authors of “Celebrating Romance 2”: Diane Vann 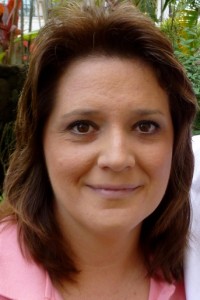 Diane Vann is our among our 10 contest winner, and she hails from Hawaii. Aloha, Diane. Her story appears in our new book Celebrating Romance 2 to celebrate our 20th anniversary.

She was born and raised in Bath, NY, but currently lives in Honolulu with her husband, Carl. They have one grown son. She has a B.S. in Occupational Education from Wayland Baptist University and an M.S. in Human Resources from Troy University. She currently works as a program manager at a contracting company, and has been there for eight years.

She entered the YourNovel.com writing contest because “I have wanted to try my hand at writing for a long time. Carl has heard me talk about it for years and he encouraged me to enter this contest.”

Her story, “Aloha Scavenger Hunt” is about “a couple [who] win a romantic vacation to the exotic island of Oahu, Hawaii. As part of this trip, they participate in a scavenger hunt which provides an opportunity for them to learn about the Hawaiian culture and experience all of the beauty the island has to offer. Whoever wins the competition will go on to the next scavenger hunt in Germany.”

Her husband was very supportive while she was writing the story, she says, even helping with the editing.

She found that “mixing all of the contest ‘words’ into the story” was the most challenging part of writing. Never previously published, she says she’d wanted to write since she was young. “I had just seen the first Star Wars movie and was amazed by the imagination that created the memorable characters and their adventures.”

So, if you want a little getaway to Hawaii, check out Diane’s story in our 20th anniversary anthology Celebrating Romance 2.